Jeff Solomon, CEO and founder of Globe Metal Recycling, had his first introduction to the metal scrap business at the age of 16. His next-door neighbour, who was in the industry, gave him a summer job as a common labourer. Jeff recognized the opportunities of this business very quickly, and in his senior year at CGEP, he started making deals on the side while going to school. So he started making some very decent money selling metal scrap. Reflecting on his early days, Jeff says, “I loved to talk to people, I could communicate easily, and I knew right away if someone was going to do business with me.”

During those early formative years in business, Jeff received some excellent advice from a friend of his late father at the time that he has never forgotten. “Whatever you choose to do,” he was told, “make sure you love going there every day. Even if you don’t get rich, you will be happy.” Growing up around heavy equipment, Jeff learned a lot from his father’s business of selling tires to the construction and mining industries. “Being around all kinds of equipment was the perfect environment for me,” says Solomon. Jeff never completed CGEP; he dropped out and went into the scrap metal business full time.

At 21, Jeff had his first significant pivot point. Seeing where the business was going, and with only one dump truck to pick up metal scrap, he knew there were more opportunities to be had in the industry – and that he could make them work. Jeff’s uncle co-signed a loan for him in Ontario to buy a container truck with six containers. Now, he was able to drop off containers at industrial and demolition sites. As the business grew, Jeff discovered that competition was stiff in the local Montreal market. He began to look for copper, aluminum, and stainless steel. With grit and perseverance, Jeff expanded into New England. “Within a 150-mile radius, if there was a good industrial account, we were servicing them,” says Solomon.

Grit, Perseverance and a Positive Attitude

Always looking at the big picture, one of Jeff’s strengths is being observant, which he considers a real gift. Keeping a pulse on the scrap metal business and watching the trends at the time in the steel industry, he was witnessing some significant transformations. “Manufacturing processes were changing. There was no progressive stamping anymore; it was all high-speed laser cutting. Instead of manufacturers bringing in 50,000 pounds of steel into their plants, now it was 14,000 pounds,” says Solomon. Experiencing another paradigm shift, Globe Metal began to look for other unique commodities to trade. Jeff got lucky and landed a deal to buy tungsten. “And it was a major home run,” says Solomon. Shortly after, he hired his first salesperson to follow up and chase after these kinds of accounts. “At this point, the Internet was becoming quicker, and there was more information to access readily and quickly. I took on another salesman, my son came to work for me, and then another guy came on board and all of sudden I had a sales team,” said Solomon.

Through the years running Globe Metal, Jeff Solomon experienced ups and downs – changing partners, staff coming and going – but all the while, he just kept on forging forward. Another significant turning point occurred, and something clicked. “About three years ago, my son, my partner and my general manager all left within six months of each other. The stress was unimaginable, but it was the best thing that ever happened to us,” said Solomon. “It made me realize that the company’s heavy dependence on few individuals was a great constraint to sustainable business growth, and I took the attitude that what was done was done and sometimes a negative event can lead to growth. From that point, everything began to turn around,” said Jeff. “I hired a top-notch business consultant who cost us a fortune but was instrumental in getting us on track. My new CFO put a set of procedures in place, and along with the consultant’s guidance, we adopted practices for good corporate governance. We went from like a mom-and-pop operation flying by the seat of our pants to putting systems in place, everything from a proper computer system, proper inventory, to shelving,” said Solomon.

When opportunity and preparation meet, a stroke of luck happens. Globe Metal’s sales team discovered that their clients were sending metal powders to landfills, because they did not know what to do with them. “Just because some metal powders can be hazardous does not mean they are not recyclable. Today, our clients are recycling materials that they were paying to have disposed of in a landfill. We are taking metal powders and sludges and converting those products into something useful,” says Solomon. The materials that Globe Metal is handling have a higher value, with better profit margins, and there is less competition within the industry.

“There is one thing I understand, that everybody that I have working for me is smarter than me because every one of those people in their job is a microcosm of the whole. Each staff member does their job better than I could ever do,” says Solomon. Globe Metal has a constant urge to learn. Jeff thinks the most crucial element in business is they have someone willing to learn and understand what it is that they’re learning and can take that knowledge and share it with the rest of the team.

We are changing the philosophy of what people consider the metal scrap business.

“I’ve always impressed upon my sales team that they need to stress to our potential and existing clients that we’re helping them to reduce their carbon footprint. So naturally, we have made efforts to walk the walk and talk the talk,” says Jeff. Globe Metal changed their propane-powered forklifts to electric. No fumes, no more waste oil or oil filters, and reduced maintenance. Our tractor-trailers have an option of zero-emission idling. We are changing the philosophy of how people see the metal scrap business,” says Solomon.

With his sights on the bigger picture, there are new trends in the industry that get Jeff’s heart pumping. “There is a paradigm shift change happening right now in manufacturing that certain components being machined today won’t be machined in five years. Additive manufacturing or 3D printing is a process that is at the commercial level, and it’s accelerating. It’s taking metal powders with a binding agent pressing them into a mould under heat and pressure. The net amounts of metal scrap from these new processes are going to be a lot less. We developed competency and the knowledge of that industry that gives us an advantage,” says Solomon.

“Today, I am at a level in my business where instead of rounding up metal scrap, people are calling us from around the world. I never thought marketing our business would work due to our narrow target market, but we learned about SEO and Google Ads. We just had a guy in Australia type in the important keywords and sent us an email. He has 600 tonnes of material to sell us. We have the procedures in place, and we are getting tons of leads from all our marketing efforts,” says Jeff.

So what is the future for Globe Metal? For Jeff Solomon, it’s another paradigm shift. He wants to see Globe Metal not just to be another metal recycling company where traders are matching up consumers with metal materials, but where they’re taking metal materials and converting them into something specifically for the consumer. “Working with metallurgists on site, and understanding the chemistry, Globe Metal will be able to create a finished product with our name on it. That’s the ultimate dream,” says Solomon. 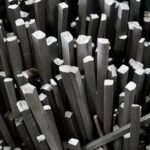 The Importance of Superalloys 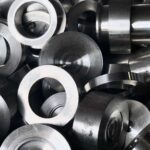