Let’s invest in people, not ideas.

A good idea is often destroyed by bad people, and good people can always make a bad idea better.

For the first 25 years running my own business, I was the inveterate micro-manager. I stuck my nose into every area of my business because I felt I could do it better than anybody that was working for me. I also suffered from a syndrome that forced me to keep people on staff. I hated change and the work that went into making change happen and I looked for the cheapest “body” to fill the job. This is a recipe for disaster if you want your business to grow.

Then one day, one of my key staff members at the time just up and quit on me. I was devastated. I went to her house later in the day and asked her why she quit. She told me that yes, maybe I was the best forklift driver or the best salesman or even the best book-keeper. But since I only dabbled in each one at a time for several minutes a day, I wasn’t really any good at any of them. She also told me that I was a disruptive factor to the rest of my staff.

This was a hard lesson to take but it really hit home.

From that day on, I made it a point a point to hire the best and let them do the job that they were hired for. Our company at that time had a total of eight employees and we were doing around $5,000,000 in sales volume. Today we are 28 staff members and are closing in on $50,000,000 in sales!

This is all thanks to a changing of strategy with respect to investing in people and having an amazing, cohesive team. So my message to all of you in a position to do so is “INVEST IN PEOPLE!” You will be surprised at the rewards you reap. 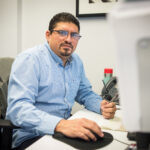 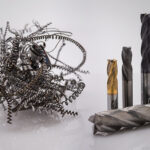